Welcome to the sales and press website of Aerosoft.

Kassel-Calden Airport is a relatively young commercial airport that was opened on April 4, 2013, located approx. 13.5 km northwest of the city of Kassel. Since January 2015, the airport has referred itself as “Kassel Airport”. Thanks to the technology available in X-Plane 11, the distinctive inclination on runway 09 could also be implemented in the simulator. The surrounding mesh was also adapted together with Maps2Xplane in order to be in no way inferior to the original. 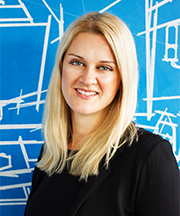